Time to Put Up or Shut Up

I had lunch with a friend that’s very active in the trans community. He had been asked to speak at the Woman’s march on Asheville, yet as a trans man he felt that if someone from the trans community was going to speak that it should be a trans woman. Made sense to me, at least until he asked me if I would be willing to speak.

When he told me this, I was so flattered, I agreed without a moments hesitation. I went home feeling so full of myself, at least until I got home and pulled up the event page. Over 900 people had already committed to attend. Holy shit… I have done stories at the Moth Story Slam in front of several hundred; but a thousand? what was I thinking?

As the weeks passed by, I watched as the count of those who planned on coming continued to grow, not by dozens, not by hundreds but by THOUSANDS, 2 thousand then 3 then 4. I stopped watching at 5 thousand, it was simply anxiety overload.

I spent weeks working on a speech, writing and rewriting, trying to achieve the proper balance of moral outrage and inspirational motivation. The day of the rally arrived and taking my place at the microphone, the first thing I said was, “holy crap look at all these people” In the end I found myself standing in front of almost 10,000 people to deliver the following words. 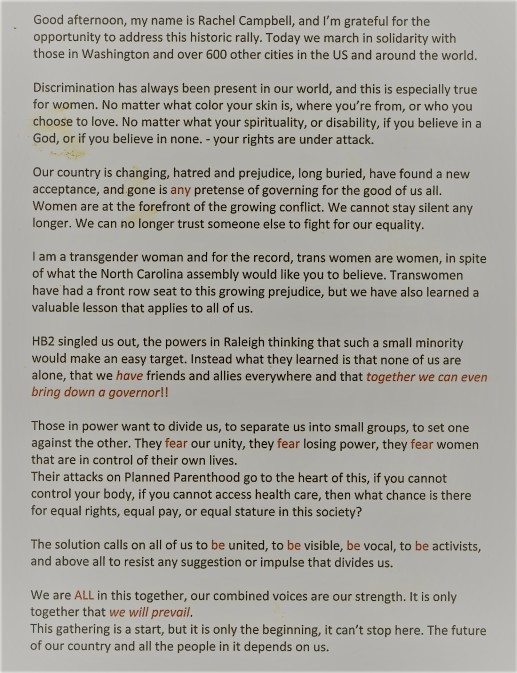 I don’t think I’ll ever get over this experience. The cheering and enthusiastic acceptance was incredibly humbling and changed me in ways that I’m still processing. Just wish mom was alive to have seen me.